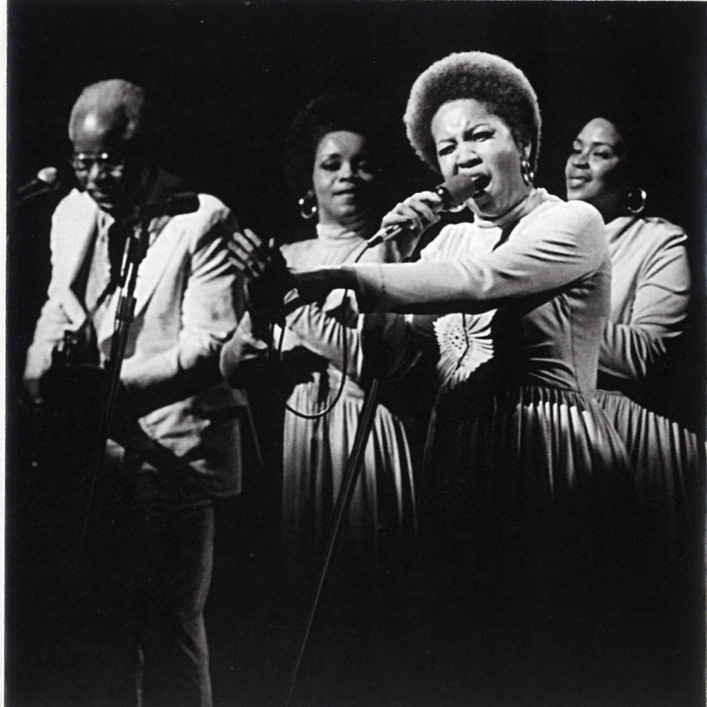 I was really struck by an article I read in the latest New Yorker about vocalist Mavis Staples of the venerable Staple Singers (who, in the 1970s, gave us such hits as the gospel-tinged “I’ll Take You There” and the funky soul of “Respect Yourself.”)  Ms. Staples is in the midst of what can be termed a comeback (Are you tired of that word, too? Did she ever go away? No.  So why is she “coming back?”).  Well, let’s just say our improved awareness of the stellar Mavis Staples has been largely due to a recent collaboration on a new album with Wilco’s Jeff Tweedy called “You Are Not Alone.”

The New Yorker piece pointed out that Mavis lives in Chicago close to her two sisters, one of whom – Cleotha – has Alzheimer’s.  Sadly, Cleotha does not recognize Mavis and her other sister, Yvonne.

But one thing does spark memory for Ms. Cleotha and I was moved to read what it was: “… she lights up when they come over and sing ‘Will the Circle Be Unbroken.’ ‘That song puts a smile on her face every time,’ Mavis said.

‘Will the Circle Be Unbroken’ was the first song that their father, Roebuck (Pops) Staples, taught his four children (their older brother, Pervis, also used to sing with them), back in the forties.”

There’s much you could make of that.

Two things hit me about this story.  First, Why that song? I guess the answer is that there really is something enduring and powerful about it – one that the Carter Family popularized in their heyday.  It’s simple yet freighted with emotion. The “I” of the song is watching her mother’s funeral.  Doesn’t get much heavier than that when you’re talking about song content.  And the chorus falls into the pantheon of all-time catchiest choruses, oddly upbeat and ultimately reassuring in the face of tragedy:

“Will the Circle Be Unbroken, by and by, Lord, by and by.  There’s a better home awaitin’ in the sky, Lord, in the sky.”

But I was also impressed by the way this story illustrates how music itself persists in our memories, how a song can take us back somewhere we’d thought we’d forgotten. Neurologists have known that music can unlock past memories even in those whose minds are failing, but a recent Boston University study demonstrated that music actually enhances the learning of new information.  http://www.bu.edu/today/node/11131

I know most of you reading this don’t need further evidence of the value of music in our lives, but this struck me as particularly poignant.

When you consider the bonds at play in the lives of the Staple Singers and the Carter Family, the circle that is unbroken is clearly spiritual and musical.