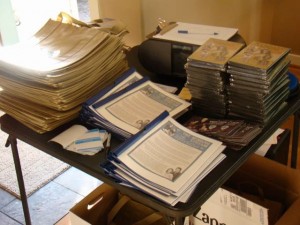 Even though at its heart, filmmaking is a collaborative process, sometimes it feels like a very solitary one.  I spend a lot of time sitting at my computer wondering what the next step should be toward getting The Winding Stream done.

But I’ve been fortunate that there have been folks along the way who’ve reached out to me. Last year it was the professionally facilitated brainstorming group hosted by Vikki Mee that lit a fire under me.  This summer it’s been a blossoming advisory board that we’ve playfully labeled the “Carter-Cash Council.”  Bob Dingethal, John Bockmeier and Elizabeth Holmes have been helping me with this effort. Thursday night we had a kickoff meeting that introduced the film to some new movers and shakers and re-acquainted old friends of the project with where we’re at right now.  It was tremendously energizing.  A fundraiser is in the offing this Thursday, September 29 at the Atrium in downtown Vancouver, a benefit that’s part of the Anecdotal Evidence storytelling series.  Another event is being planned for November.  Some folks are helping me think about corporate sponsorship possibilities.  Others are encouraging me to take another dip in the crowdfunding pond.  I expect good things will come of this as we collectively push toward the finish line. But meanwhile, it’s awfully nice to not feel alone. 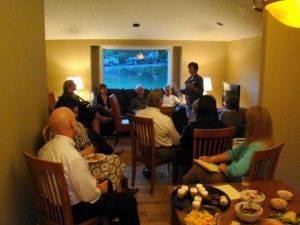