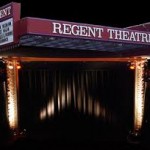 We are very proud to be screening clips from The Winding Stream as  part of this fundraising event for the New England Americana Festival and the Regent Theatre! Hope you can make it!

In addition, on the big screen at 7:30pm, there will be a special 35mm screening of Murray Lerner’s “Festival”—a 1967 GRAMMY Award-Nominee for Best Feature Documentary (with historical performances for the 1963-65 Newport Folk Festivals). “Festival” will be preceded at 7pm by an exclusive 30-minute sneak preview of documentarian Beth Harrington’s “The Winding Stream,” with excerpts from her film-in-progress telling the remarkable story of the American roots music dynasty, the Carters and the Cashes.

Beer and wine will be available for purchase to patrons 21 and older with proper I.D. throughout the event, and food will be catered by the award-winning Blue Ribbon BBQ between the concert and film segments of the festival.