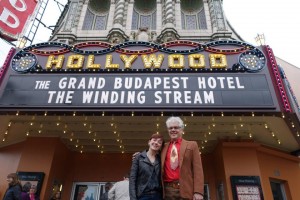 Catching my breath before I hit the road again. The next stop for The Winding Stream is the Berkshire International Film Festival in Western Massachusetts. It’s a homecoming of sorts since I was born in “the Commonwealth” and I’m looking forward to spending some time on my friend Billie’s farm in neighboring Alford, MA – the scene of many happy gatherings and a few profound ones as well.

But mostly I’m excited about this festival because I’m so curious about how a Northeast audience will react to the film.

The response in Portland, OR was our most recent thrill. The film was very well-received and the whole night was bathed in love and support. And what a party we had after the screening! This was the kind of night you wish you could bottle and save for a day when you’re feeling a bit blue. A real high.

More festivals up ahead but for now,if you’re interested in attending one of our screenings at BIFF this weekend (there are two!), here are the details!