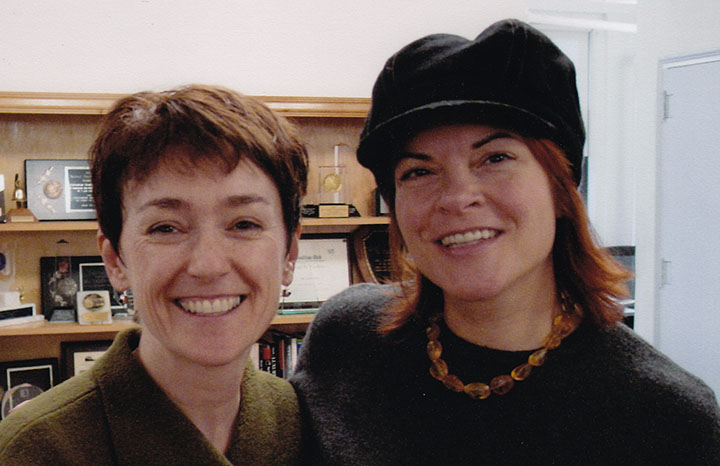 Last Thursday night here in Portland, Oregon we were honored to have a visit from Rosanne Cash – the extraordinary singer, songwriter and author.  Rosanne is a big champion of Carter Family music and appears in our film The Winding Stream talking about and performing their music.

No small part of this love of the Carters must stem from how Rosanne came about learning guitar – at the knee of Helen Carter of the Carter Sisters.  And some of her passion for the Carters must also be attributed to her dad’s influence (video.)  In her teen years, Johnny Cash handed his oldest daughter a list of 100 essential country songs and on it were many Carter numbers.  Recently, Rosanne released a new CD, The List, which features a dozen of the songs from her father’s list – among the twelve, a couple of Carter tunes.

However, Rosanne was not in town with a sole musical purpose but rather she combined performance with readings from her new memoir, Composed, which she assured us is only the first of many parts.  (She was quick to point out she’s not old enough to be summing up her life yet. Being the same age as Rosanne, I heartily agree with this assessment.)  She did say, though, that a recent bout with brain surgery underscored her desire to get some things done – among them, record “The List” and finish her memoir.

She’s done a lot of living as an artist, as a daughter, as a wife and mother and she’s got a lot to say about all of that.  And she did so beautifully on stage at Portland’s Bagdad Theatre and in this poetic, moving book.

I’ve long known that Rosanne has been involved in a number of important causes and organizations.  But one that I only recently became aware of is the Veterans Project (thanks to old pal Jeff Norman who works for this group and let me know about this via Facebook!).

The Veterans Projects helps military veterans reintegrate into society when they come home.  Their website says: “Our mission is to remove the stigma associated with post-traumatic stress, and to support groups that provide psychological care, housing solutions and job training to veterans in the aftermath of war.” A worthy cause, I think.

Two days before Rosanne arrived in Portland she’d done a benefit for this group in Southern California.  She read from her memoir and sang the song “Long Black Veil” for two Gold Star Moms who were in attendance.   For those of you who couldn’t be in Portland or in Los Angeles, you’ll want to check out the Veterans Project website to see this moving performance.