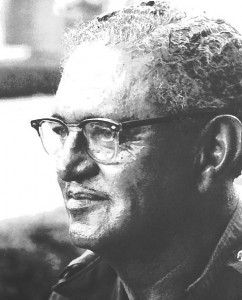 I suppose it’s no secret to most of you that we documentary filmmakers aren’t in this game for the big bucks and fame. With all due respect to Michael Moore and Ken Burns, most of us are not household names and never will be.

We make these kinds of films because we love walking through the doors into other worlds that this work affords us. Being able to tell stories that reside in those worlds and, in doing so, illuminate something about those worlds is paramount to almost all of us. Some of us even dare hope that our work in these worlds will affect change or make some difference culturally, socially, politically.

My team and I worked on The Winding Stream for well over a decade with the hope that we could connect some important cultural dots. The Carter Family created a certain kind of music out of the rocky soil of their world and turned that music into a foundational element for what would later become American country music and folk music and rock music and pop music. Their efforts would launch other songs, other artists and unite us across time and space.

But while making The Winding Stream we also hoped we could pay tribute to an unsung contributor to the Carters’ efforts – Mr. Lesley “Esley” Riddle.

As we show in the film, Lesley was an African-American blues guitarist who met A.P. Carter and eventually helped him collect and remember songs that would be re-arranged into “Carter songs.”

Now that our film is screening for festival audiences (and soon in other ways!) the story of Lesley Riddle is really resonating. People who are just learning about him are now able to acknowledge and honor his role in this story.

But we are not the first; some folks have been rallying in honor of Lesley Riddle’s memory for quite some time and in varied ways.

Every year in Burnsville, NC there is a festival held in his honor.

And now, thanks to a big push by a number of people, reported to us by Chris Beacham of the North Carolina Arts Council, there will be a historic marker in the town of Lesely’s birth.

We take great pleasure in knowing that our work on The Winding Stream was quoted in the documents that led to the success of this initiative.

Personally when I hear the news, I shed a little tear of joy for Lesley Riddle.

And that is why we documentarians do what we do.