So the winding stream has come down from Clinch Mountain and mingled with many other streams, tributaries and rivers and is now rushing to the big sea.

Which is to say that the story of the Original Carter Family and their descendants, many years in the making by a team of dedicated filmmakers, is now done and coming to a screen near you!

The Winding Stream – The Carters, the Cashes and the Course of Country Music will have its World Premiere at the prestigious South X Southwest Film Festival in Austin, Texas in March.

Shortly after, it will play at the Cleveland International Film Festival, the Southern Circuit Tour of Independent Film, the Grammy Museum in Los Angeles, and in other festivals and venues as soon as we’ve confirmed the details.

We’re pleased to be here but we’re grateful to all of you who’ve supported the film through your donations, your skills, your kind words.   It’s been an incredible journey floating on this stream with you.  Thanks! Stay tuned for further tales of The Winding Stream! 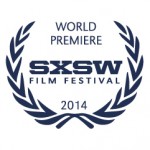