The Winding Stream as a title for a film does not just refer to the Carter Family song of the same name.  It’s also a metaphor for the current of music that started with the Original Carter Family and flowed through subsequent generations of family.  The second generation is characterized by The Carter Sisters.  The third by musical folks like Carlene Carter, John Carter Cash and Lorrie Bennett.

I have to admit that someone from the third generation whom I think is supremely talented, dedicated to the legacy and far too unsung is A.P. and Sara’s grandson, Dale Jett (he’s the son of the late Janette Carter).  Dale has a beautiful, soulful voice and a deep appreciation for the music and its history.  He was a mainstay at the Carter Family Fold, has played with his relatives on many occasions (check out the Carter Family III CD), and now appears regularly as part of the trio called Hello Stranger (Dale sings, plays guitar and autoharp along with his wonderful wife Teresa on bass and multi-instrumentalist Oscar Harris).

Although he was surrounded by music in his childhood, Dale came to guitar playing relatively late.  He thought his left-handedness prevented him from playing.  It took a visit from a family friend – the legendary folk artist Elizabeth Cotten – to straighten him out (she being left-handed, too, as it turned out).  Not a bad teacher.  After that, there was no stopping Dale.

To hear Dale’s approach to the Carter Family repertoire you owe it to yourself to hear Hello Stranger’s album, “Going Down the Valley” which is downloadable via CDBaby (www.cdbaby.com/) or in hard copy form through Dale’s website: www.dalejett.com. It’s the real deal.  This music is in his blood and he interprets it with a subtle passion, a sincerity and depth of feeling that I know Carter Family fans will appreciate. Also, while you’re on their site, check out their fall schedule of concerts.  Maybe you can catch a show near you?

Finally, keep an ear out for a new CD that Hello Stranger is working on. It will be called “When the Sun Comes Out Again” and is a collection of Civil War era music.   The trio has recently completed five songs for the CD at the studio of friends and music greats Dixie and Tom T. Hall.  And there’s more in the offing.

But I’ll let you all know when it’s released.

This time of year always makes me think of the event that launched the Carter Family. It was eighty-three years ago this coming week when one fortuitous decision changed their lives.

It started when Ralph Peer, a producer and talent scout for the Victor Talking Machine Company arrived in the city of Bristol, a town in two states with a shared main thoroughfare – Virginia on one side of the road and Tennessee on the other. Peer came equipped with recording equipment and a big desire to find the next big thing in a genre of music – called alternately “Old Time” or “Hillbilly” – that was just recently finding commercial interest.

Peer arrived in late July and had done some advance PR work and advertising with the local paper to lure would-be candidates – most of whom lived in the countryside – into the city. With his two engineers, Peer began setting up lightweight (relatively speaking) state of the art gear in vacant space in an old hat factory.

..
In two weeks time he recorded nineteen different acts – among them the “Singing Brakeman” Jimmie Rodgers and a trio from Maces Spring, Virginia — the Carter Family.

In these two acts, not only did Peer find the hit makers he sought, but he’d spark a cultural change that many refer to now as “the Big Bang of Country Music.”

Peer was in a hurry. He did only two takes of each of the songs the Carters came prepared to play. The record shows that on the evening of Monday, August 1 between 6:30 – 9:30 PM the trio recorded “Bury Me Under the Weeping Willow Tree,” “Little Log Cabin By the Sea,” “The Poor Orphan Child,” and “The Storms Are on the Ocean.”

The next day, August 2, between 9:00 and 10:45 AM, Sara and Maybelle recorded “Single Girl, Married Girl” and “The Wandering Boy. “ A.P. never arrived at the session so the women just carried on without him. According to the late music historian Charles Wolfe, A.P. had gone in search of a tire for the car so that they could make the trip back home.

The three musicians left Bristol and went back to their lives in Maces Spring. A.P. alone held out hope that something would come of these sessions but no word came from Peer. Then one day in November, Maybelle and her husband Eck happened to pass a store in Bristol. A phonograph was playing music out onto the street and a crowd had formed to listen. It was a new 78 rpm record from Victor Talking Machine. One side was “The Poor Orphan Child” and the other was “The Wandering Boy.”

The Carters were on their way to becoming recording stars. 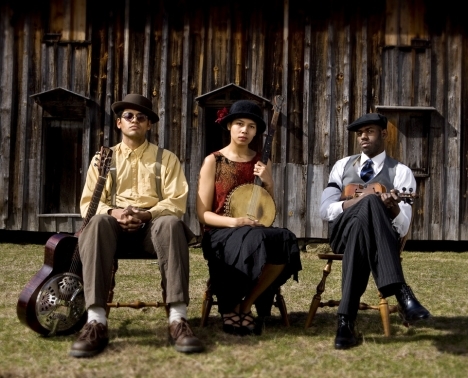 I had gotten to know Rosanne when she narrated (beautifully) my last music documentary Welcome to the Club – The Women of Rockabilly.  I’d been considering asking her about participating in a film about the Carters and Cashes when – somewhat out of the blue – she wrote me an email about a trip she’d just taken with her Dad and June to the Carter Family Fold, the music venue on the Original Carter Family’s property in Maces Spring, Virginia. She essentially said something like: You should be making a film here. I wrote back something like: Funny you should mention it.  Nice coincidence.  So it made perfect sense that she should be the first person we interviewed in the film.  She has great reverence for the Carters. Here’s one of the reasons why…
The Winding Stream is a film project that has already benefited greatly from the support of our fans. We really appreciate that and plan on making this blog the source of information for the film and for the artists who appear in it. We also hope it will be a place for you to tell us what speaks to you about this music and your sense of its place in our cultural history. We’ll be posting lots of clips from the film here as we head toward completion. We have incredible original interviews and special footage we think you’re really going to love. Also we look forward to doing giveaways of great stuff here so you’ll want to keep coming back for that (music, films, books, etc.. .)
.
And, of course, you’ll all be the first to know when the film is done and where you can see it!

As you probably know, filmmaking’s an expensive proposition. For example, an average shoot day costs about $3000 and we have several more of those to go. What we’ve accomplished so far has largely been because of individuals donating to the project. And each donation counts. Think about it. One hundred fifty $20 donations would pay for a shoot!

So we hope you’ll consider supporting the film. We’ve made it easy to donate. To get started, just click on the PayPal button! And thanks!